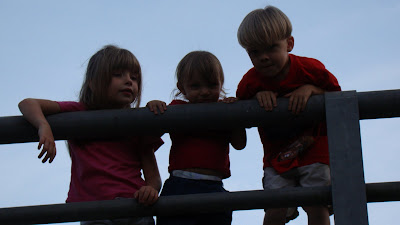 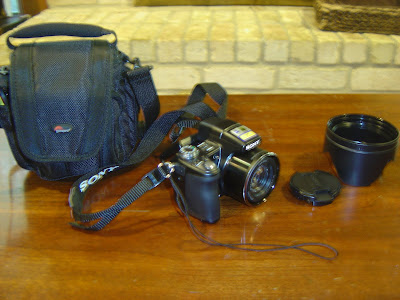 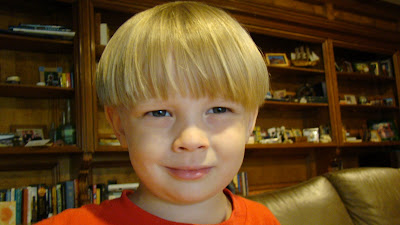 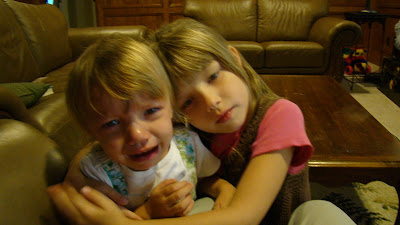 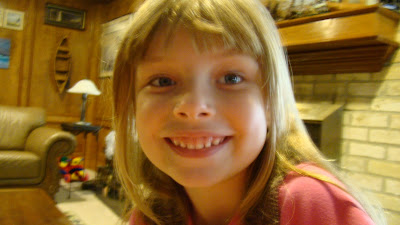 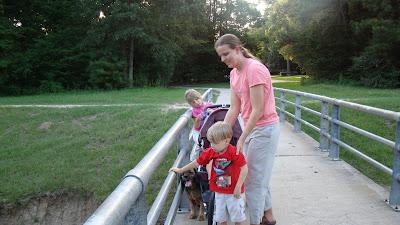 Sunday August 10th
Last week was kid’s camp at Irene’s house on MWF – kids had a lot of fun. Also, big scare that we were going to have another storm – Edwardo formed quickly off the coast, and went right over kingwood. Cleared off the porch got water canceled book club - but it turned into just a tropical storm, then tropical depression. Big lightning storm last Sunday night though.

Aug 8th was our anniversary! We were able to get a babysitter, went out to eat – steak and grilled salmon, sweet potato loaded with marshmallows and Carmel sauce. Ate so much we got stomach aches! Then we went to a 3D movie – Journey to the center of the Earth. Doug bought us a nice camera for the occasion – really excited about that. Our old camera was very slow to take a picture – missed all the good shots because it would not focus etc… It will be really nice to have a faster one.

Spent weekend doing yard work – the neighbors are selling their house! I don’t know why, have not caught them outside to ask why, they said before they wanted it to be their “forever” house. O well, I hope our new neighbors will be as nice as our old ones have been. Kids have runny noses/cough. Doug had a pretty bad headache on Saturday. Gave everyone haircuts, cut Doug’s hair pretty short.

Thursday was family fair enrichment – Kristine taught us, emphasizing “I” statements – “Lord is it I?”. Instead of “you did this, you make me xyz” say “I feel xyz” I statements keep you from blaming other person for things, let’s you take ownership. It was a fun night. Other RS stuff – helped Kari clean house they sold, made a baby quilt.

Doug and I were watching a movie, and heard a large thud – thought possibly a tree fell on the roof, or maybe a transformer blew in the back… turned out part of MB ceiling collapsed after air conditioner leaked water onto it. We just replaced some of the master bath ceiling, had some left over drywall.

Found a Joy school group for James – sounds like there will be 5 kids in it. should be fun!

Pcts of new camera – went on a walk to feed the turtles – James fell 3 times, Autumn fell down a whole in the grass – just her head poking up.
Posted by Jamie at 6:33 PM