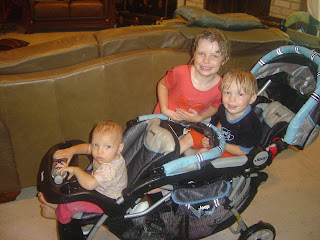 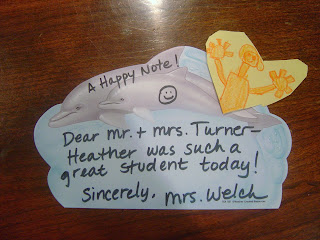 Monday Sept 2nd
Happy Labor Day! Poor Doug had a headache. We went to Lowe’s and ordered wood floor for the study, did yard work. Did not get a whole lot done for a vacation day, but was nice none the less.

Tuesday Sept 3rd
Back to school. Talked to some other moms on the greenbelt on the way to school, talked to a neighbor on the way back. Felt bad – neighbor new us from Chaco’s howling – did not know what the noise was, had to explain he howls when he gets lonely, that he is not hurt or anything. We took Chaco for a walk to the other bridge – quite a lot of turtles, a duck, and some other kind of bird – long skinny legs, long skinny beak. Just James, Autumn and I, we fed them left over waffles.

Wednesday Sept 4th
Jennifer brought over her old bike trailer for the kids – felt sorry for me pushing around the Jeep stroller. Holly called, so James, Autumn and I went swimming with them while Heather was in school. Went to bike shop, fixed Doug’s tire, gave them my bike for a tune up, and ordered new tires for the bike trailer. Went to Wallmart, got some material for making a new seat cushion for the trailer. Doug home late from work, stressful day trying to figure out budgeting. Another group had a 30 million project that went to 100 million, and now everyone is on their toes about trying to accurately predict costs. Doug guessed 2.7 million, someone else guessed almost 6 million, and management was in a tissy trying to figure out which figure to go with. 6 million is probably more appropriate as unexpected costs always come up, but how do you specifically identify and put a price tag on unknown future problems? A factor of 3 is generally used (predicted cost *3 = actual cost) but you can’t show something like *3 to management and let them ok it… Sounds like you have to sort of make up extra stuff that you might get, then use that money for other stuff when you need it. Poor Doug is still learning the right wording to use.

Thursday Sept 5th
Doug had a pool car, so we slept in until 5:00 this morning! Took Chaco with us on our walk to school – tied him to the front of the stroller, and we were doing well until another dog came into view – chaco took off, and tipped the stroller over onto it’s side.… poor little Autumn, she was not hurt, but scared pretty badly. I untied Chaco from the stroller for the rest of the trip. Worked some more on fixing up the bike trailer, gave some baby stuff to Holly, sold some of it on KYS. Hard to part with it as each little thing has memories attached to it – a lot easier to give it to someone you know than sell it to a stranger. I will have to remember that and just give it all away from now on. Walked to pick Heather up – the last couple of days we have been lucky, it starts raining a little after we get home. We were not so lucky today – it started raining while we were crossing the bridge over the stream. Heather was excited, she likes going out in the rain. The sun covers on the stroller did not help James or Autumn out any, but they did not complain either even though rain here is a tropical downpour and we all got soaking wet (see picture.) Heather came home with a happy note from her teacher today – she was so excited to show it to me. She said it would make me so proud I would be taller than the trees. After I saw it, I told her I was proud of her and gave her a big hug. After we got changed out of wet clothes, she cleaned up the game room without asking, so they are watching Night at the Museum now.
Posted by Jamie at 1:11 PM No comments: